A 10th-century sculpture of Sun God has been found in an agriculture field in Andhra Pradesh. According to G Shiva Kumar, Joint Secretary, Rayadurgam Heritage Association, the sculpture has been found in a field at Kalugodu village, Gummagatta Mandal of Anantapur district in the state. A farmer of the village was digging his field on Friday and the two feet high stone sculpture was found, he said.

Kumar came to know of it, visited the field, took photographs and sent them to Emani Sivanagi Reddy, a historian and CEO of Cultural Centre of Vijayawada and Amaravati (CCVA).

Reddy in his observations said that the sculpture found on the banks of river Vedavati is that of Surya, the Sun God who has lotus in both hands. It is in the architectural style of Nolamba Pallavas and dates to 10th century AD, he added.

As the stone sculpture was found in the field, the landowner informed the matter to village Revenue Officer Hanumanta Rao. 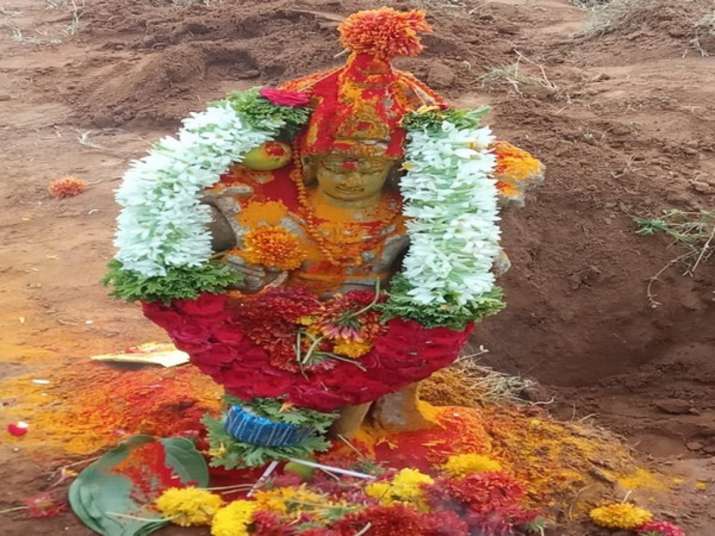 Gummagatta Mandal Tehsildar Venkatachalapati informed the matter to the higher authorities. Local police also visited the site. A priest from nearby temple performed “pooja” to the idol.

Kumar requested the officials to preserve the statue and place it in the Government Museum Anantapur.

(With inputs from ANI)