Army Chief Gen MM Naravane on Thursday visited Tezpur-based 4 Corps headquarters and carried out a comprehensive review of India’s military preparedness along the Line of Actual Control (LAC). The Army Chief was given a detailed briefing by senior army officials including Lieutenant General Anil Chauhan, the General Officer Commanding-in-Chief, Eastern  Command about deployment of troops and weaponry along the LAC, the de-facto border between India and China.

The COAS interacted with all the Corps Commanders of Eastern Command and reviewed the prevailing security situation and operational preparedness in the Eastern Theatre. The COAS was appreciative of the efforts by our soldiers in safeguarding the territorial integrity of the Nation and encouraged all ranks to keep up the high state of alertness and professionalism displayed by them. 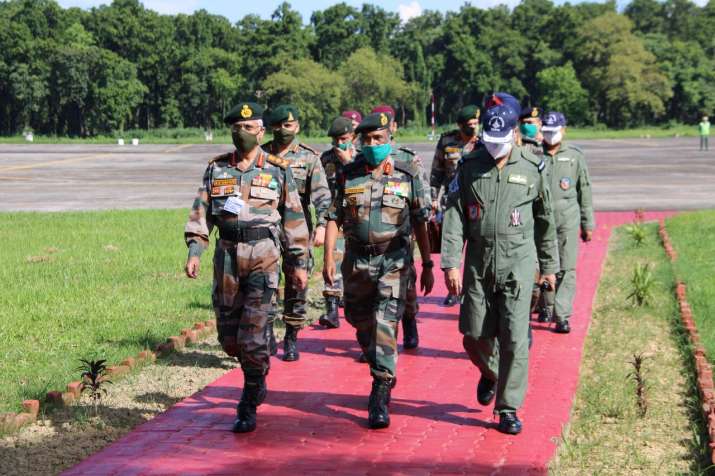 In view of the tense border row with China in eastern Ladakh, the Army has significantly ramped up deployment of troops in all sensitive areas along the nearly 3,500-km-long LAC including in the Arunachal and Sikkim sectors.

Reportedly, The Indian Air Force(IAF) has also deployed additional fighter jets and attack helicopters in key bases looking after the airspace along the LAC in the Arunachal sector.

India and China have held several rounds of diplomatic and military talks aimed at disengagement of troops from friction points in eastern Ladakh.

On August 2, the two armies held the fifth round of Corps commander-level talks in an effort to expedite the disengagement process.

At the talks, the Indian side insisted on complete disengagement of Chinese troops at the earliest, and immediate restoration of status quo ante in all areas of eastern Ladakh prior to May 5 when the standoff began following a clash between the two armies in Pangong Tso.