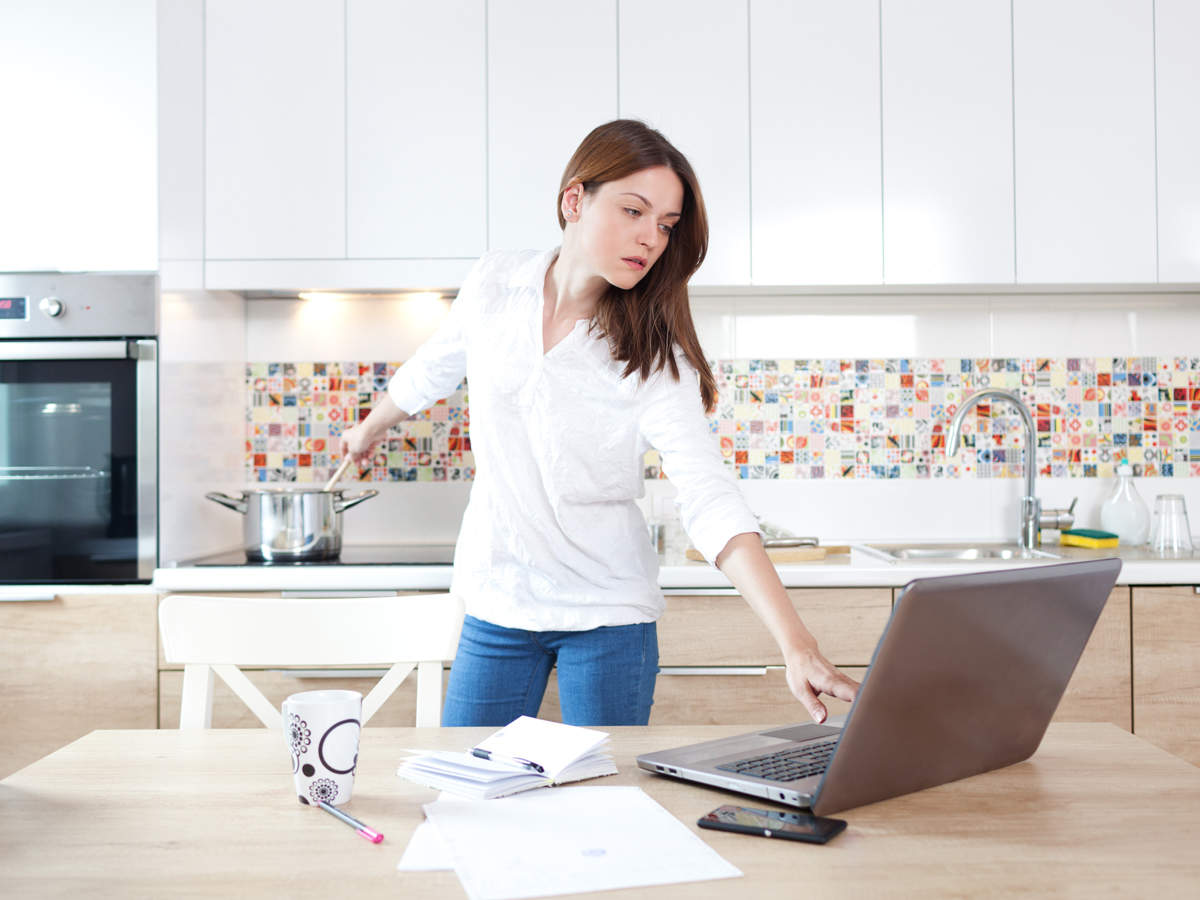 Covid-19 has been hard on all entrepreneurs, but disproportionately so on women and their businesses, said Vineeta Singh, CEO of Sugar Cosmetics, during a panel discussion at ET Women’s Forum. Singh joined Gazal Kalra, cofounder of tech logistics firm Rivigo, and Shweta Bhatia, partner at investment firm Eight Roads Ventures, to discuss how a woman entrepreneur would ride out a crisis like this.

When women set up a business, they also try to solve for the problem of gender disparity in the workforce by hiring more women, noted Singh.

During the pandemic, this ended up affecting their operations as women’s responsibilities of domestic chores went up considerably.

The lockdown during the initial period also wiped away the external support system of working women as schools and daycare centres were shut, with no household help.

“When this external lifeline went away, childcare became the sole responsibility of women in most cases, and the willingness to support working women went away,” said Kalra. “Their income became secondary in such cases.”

Women-led businesses with an offline component have been hit harder than others, added Shweta Bhatia of Eight Roads Ventures.

She advised women entrepreneurs to go into the “cockroach mode” and invoke their extraordinary surviving skills. “Surviving is a skill that comes naturally to women founders,” she added. Gender biases will continue to thwart women en- t r e -preneurs, said Kalra, pointing out how often she deals with people who cannot digest the fact that a woman is leading a logistics firm.

“But now is as good a time as any to use that as an opportunity to tell them your story,” she said. Things are getting better, albeit slowly, Sugar Cosmetics’ Singh pointed out. “VCs want to be less biased now,” she said. “When we’ll have more female VCs, we’ll have more women entrepreneurs, too,” said Singh.

The lack of women VCs also makes it difficult for founders to raise money for women-centric categories. “It’s hard to invest in Bharat if you don’t know it well. The same goes for female categories as well,” said Singh. Bhatia of Eight Roads Ventures also underscored the importance of the art of pitching.

“It’s important that women ask themselves if they sometimes tend to sell themselves short? And how that should change,” said Bhatia. Singh’s lessons from the pandemic have been to stick to the basics.

“Early on, there was this pressure to do something with low margins. We, too, launched hand sanitisers with fragrances and essential oils,” she shared. It didn’t work for her company Sugar Cosmetics. “We reminded ourselves we are in this for the long run and this is merely a blip. User behaviour won’t change in our category, we believed, and therefore didn’t curb our retail presence. Eventually, we gained market share in retail during this period,” she added.

On a serious note, a revenue crunch inadvertently enabled her startup workforce to show their loyalty toward the company, she said. “Some people took a 100% pay cut and opted to be compensated by the equity ESOPs pool,” said Singh.

Kalra said the test of leadership with empathy is now. “It comes naturally to women but is also twisted to say that maybe women are too empathetic and need to be more aggressive instead. I fundamentally disagree. A good workplace gets built with people putting their heart into it.”

While the last six months have been tough, women have put their heart into their work and workplaces to keep them going. “I hope this will change the perception of women founders and their ability to handle a crisis,” Kalra concluded.