Further, 50 Cluster buses have been earmarked by the Transport Department for holding demonstration trials starting today for a period of 6 months. The Ministry of Road Transport and Highways (MoRTH) has also notified HCNG as a fuel starting September, 2020.

Hydrogen enriched- Compressed Natural Gas or HCNG, is predicted to be the first step to a Hydrogen Economy, and can be used in place of gasoline, diesel fuel / LPG and its combustion produces fewer undesirable gases in comparison to a normal automobile fuel. It reduces the emission of CO upto 70% and increases the fuel efficiency by upto 3% resulting in overall fuel savings of around 5%. Switch to HCNG fuel requires minimum modifications to the existing buses. 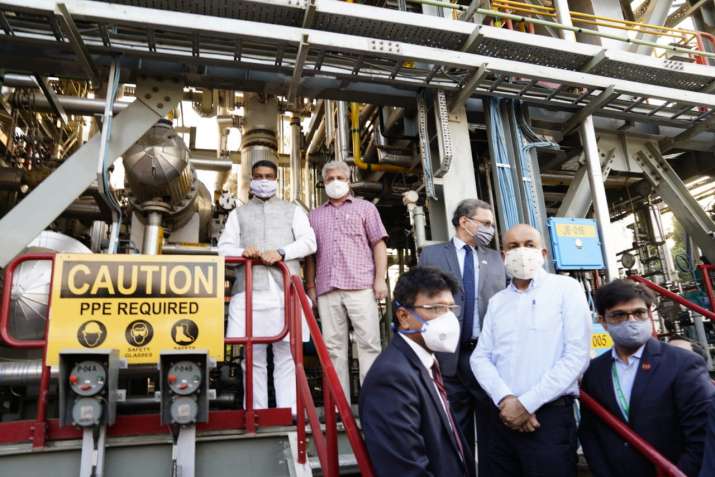 Transport Minister Kailash Gahlot said the most important benefit of HCNG fuel is that it emits 70% less Carbon monoxide, will reduce total hydrocarbons emissions by around 15%, along with 3-4% increased fuel efficiency.

“We are starting the 6 month  trial of HCNG fuel in 50 BS- IV compliant buses of Rajghat depot starting today. Delhi, as the country’s capital is taking a lead in promoting environment conscious transport policies, like adopting cleaner fuels like HCNG, Electric Vehicles etc. The most important benefit of HCNG fuel is that it emits 70% less Carbon monoxide, will reduce total hydrocarbons emissions by around 15%, along with 3-4% increased fuel efficiency,” a govt release quoted Gahlot as saying.

“Over the course of this 6 month trial, the tailpipe emissions of the buses will be continuously monitored and analyzed. I am assured that once the trial is  successfully completed, use of HCNG can be scaled up to other buses and private vehicles in Delhi,” he added.