Fantasy gaming startup Dream11 is on a roll. After it won the title sponsorship rights for the 2020 edition of the Indian Premier League (IPL), the company picked up fresh funding of $225 million on Monday from Tiger Global Management, TPG Tech Adjacencies (TTAD), ChrysCapital and Footpath Ventures. General insurance startup Acko and AI-based software startup Observe.ai also raised funds this week.

Dream Sports, the parent company of India’s leading online fantasy sports company Dream11, secured fresh funding of $225 million from Tiger Global Management, TPG Tech Adjacencies (TTAD), ChrysCapital and Footpath Ventures. The secondary investment has valued Dream11 at about $2.5 billion, while the primary cash infusion is at a valuation of $2.2 billion.

Why is it significant? The funding, which is largely secondary in nature, with a smaller primary component, is also expected to result in further reduction of Chinese gaming and social media giant Tencent Holdings’ stake in the company to a single digit. Read more. 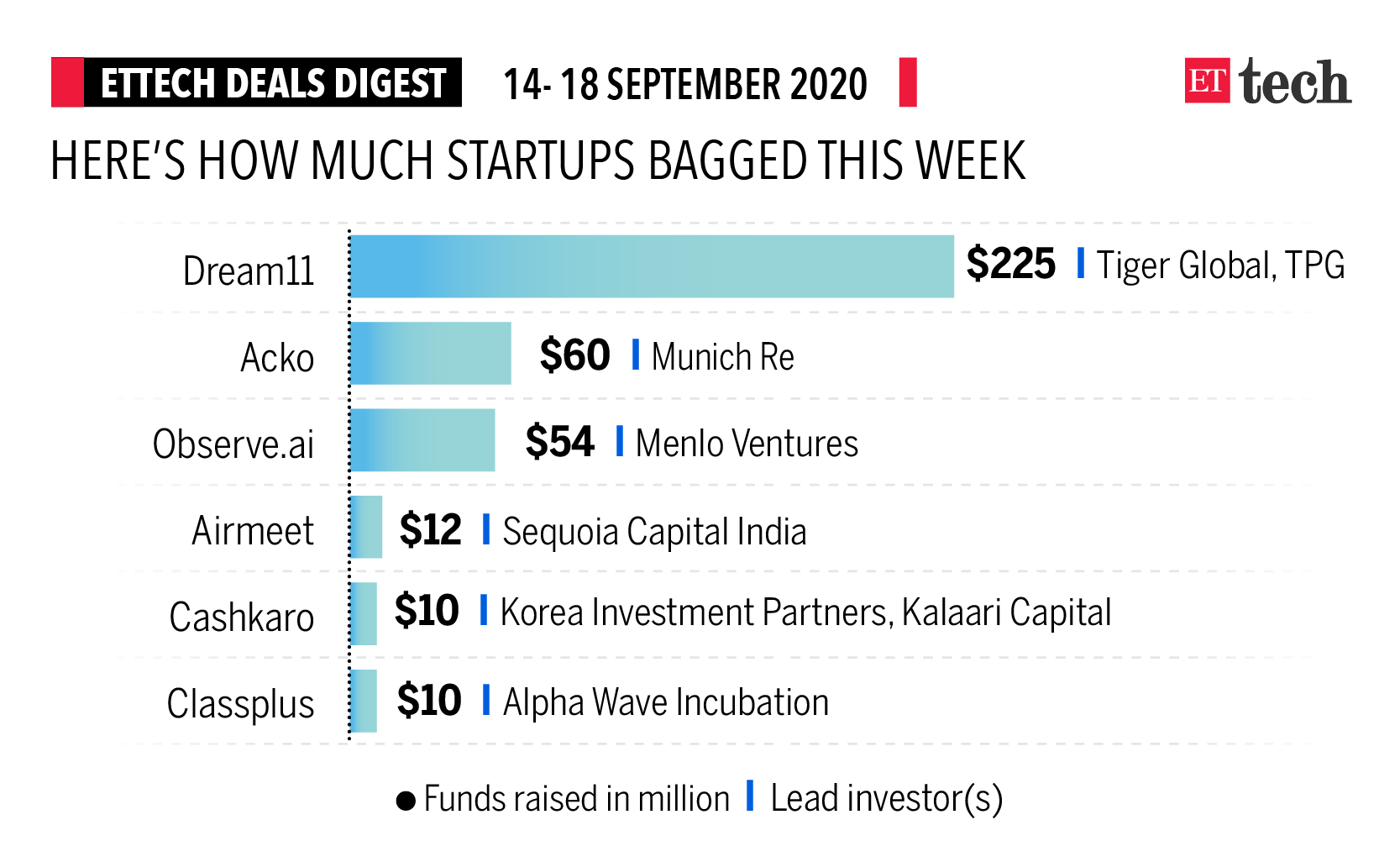 General insurance startup Acko has raised $60 million from German reinsurer Munich Re in its Series D funding round that also saw participation from existing investors including Amazon, RPS Ventures and Intact Ventures Inc. ET had reported on June 1 that Munich Re, which is among the largest reinsurers in the world, was in talks to infuse capital in the Bengaluru-based insurtech firm, valuing it between $400 million and $500 million.

Why does it matter? The San Francisco-headquartered reinsurance giant specialises in investing in insurtech and new tech companies across the world. The latest round marks its foray into India’s insurance market. Read the story here.

Observe.ai, a startup developing AI-based transcription and analytics software for call centres, bagged $54 million in its Series B funding round, led by Menlo Ventures, along with participation from Next 47 Ventures and NGP Capital.

What are its plans? The San Francisco-based company, which has an office in Bengaluru, will utilise the capital to bulk up its R&D in new areas such as real-time coaching, omnichannel support and interaction analytics, apart from investing in go-to-market programmes. Read more.