Shahid Kapoor’s step-father and Ishaan Khatter’s father Rajesh Khattar welcomed a baby boy with wife Vandana Sajnani on 31st August last year. The couple announced the news on social media and shared a photo of their little bundle of joy. However, on Sunday, the actor finally introduced his baby son Vanraj Khattar to the world and revealed his face. Sharing an adorable photo with the little munchkin, Rajesh Khattar also revealed that it is his wedding anniversary today.

Rajesh Khattar wrote, “Hello Everyone (my first hello to all you wonderful people)Dad says the world is going through trying times but this too shall pass & for us children,you all are going to make this world more beautiful than it ever was. We kids believe & thank all of you for this promise #stayhome #staysafe & keep us safe #vanrajkhattar ( #happyanniversary #momdad ,though ur 12th but its a special one as your first with me”

Rajesh Khattar has earlier last earlier reacted on becoming a father at 50 plus. He called it a challenge and stated: “I am neither the first one, nor the last in this category.” He also revealed that his wife Vandana had three miscarriages, IUI (Intrauterine Insemination) failures, three IVF (In Vitro Fertilisation) failures and three surrogacy failures in the last 11 years.

Announcing the news of the birth of his baby Vanraj, Rajesh had written, “It’s a great feeling, but this journey has been anything but smooth. Many months ago, we were ecstatic when the doctor revealed that Vandana was carrying twins, but during her third month, she was diagnosed with a condition and had to be hospitalised. A few months later, it came to light that the growth of one of our babies was very slow and finally, we lost him. The situation was such that we needed to go in for immediate delivery to save the other baby. Thus, our son was born three months before he was due. Vandana’s surgery did not go smoothly and she took a long time to heal; also, our baby was put in NICU (Newborn Intensive Care Unit) and was there for two-and-a-half months. The mother and son struggled throughout the journey, and finally, our little Krishna arrived home on Janmashtami. This is the most beautiful gift bestowed on us by the Gods.” 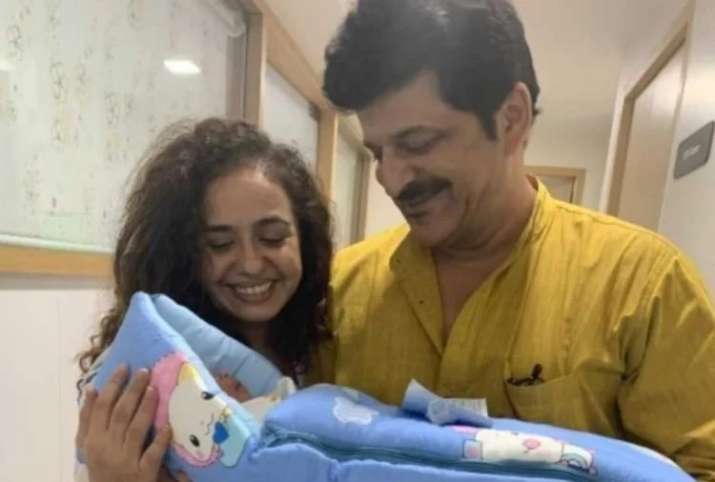 Rajesh Khattar married Shahid Kapoor’s mother Neelima Azim in 1990, however, they got divorced in the year 2001. While Shahid is born to Neelima Azim and Pankaj Kapoor, Rajesh Khatter and Neelima Azim have Ishaan Khattar together.