Bollywood actress Kriti Sanon took to social media on Tuesday to remember her good friend and late actor Sushant Singh Rajput, who passed away on June 14. Kriti, who shared screen space with the actor in the 2017 film Raabta, expressed grief over his untimely and tragic death and said how she wished that she could have “fixed that something which was broke inside you”. Sharing some memorable moments spent with Sushant, the actress wrote, “Sush.. I knew that your brilliant mind was your best friend and your worst enemy.. but it has broken me completely to know that you had a moment in your life where Dying felt easier or better than Living. I so wish you had people around you to get you pass THAT moment, i wish you hadn’t pushed the ones who loved you away.. i wish i could have fixed that something which was broken inside you..I couldn’t.”.

Furthermore, Kriti Sanon added, “I wish so so many things….A part of my heart has gone with you. and a part will always keep you alive.. Never stopped praying for your happiness and never will”. 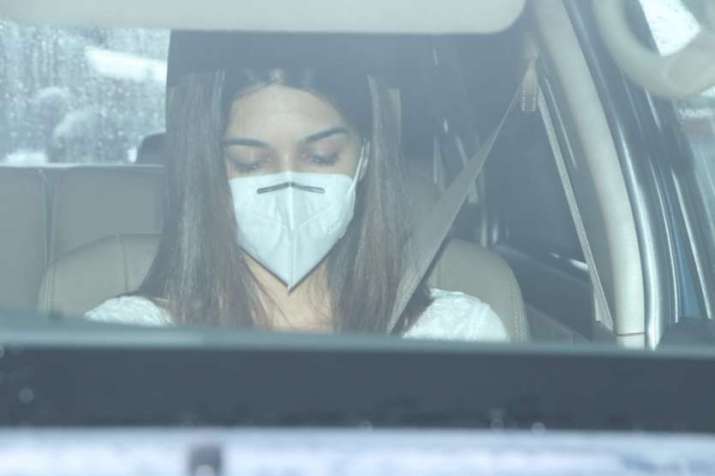 Sushant Singh Rajput was found hanging in his Bandra residence on Sunday morning. He was 34. He rose to fame with his portrayal of a simple man in the show “Pavitra Rishta” alongside actress Ankita Lokhande.

Sushant made his big-screen debut in 2013 with “Kai Po Che”. He garnered a fandom playing the titular role in “MS Dhoni: The Untold Story”. Later, he went on to star in movies such as “Shuddh Desi Romance”, “Kedarnath” and “Chhichhore”, among others.