Financial technology startups, which have been providing personal loans to blue-collared workers, and unsecured loans to micro, small and medium enterprises, stare at consolidation or shutting down operations as investors are unlikely to pump in more capital on the back of dismal loan recoveries amid the Covid-19 pandemic.

Startups have started hunting for buyers for potential deals as repayment collections slow down and the flow of credit from large non-bank lenders dries up. Expecting India’s shadow banking industry, which was already under pressure following defaults by IL&FS, to write credit cheques will be a bit too much—especially at a time when there is little clarity on whether the Reserve Bank of India’s three-month moratorium on term loans includes NBFCs.

Venture capitalists, according to Jitendra Gupta, chief executive of digital banking startup Jupiter, are mentally prepared for a few companies to go bust. “They will prefer companies, where the founder has the ability to, not just save the company, but also be able to raise a new round.”

Agreed, Siddarth Pai, founding partner at 3one4 Capital. “VCs are looking at their entire portfolios, and stress-testing all of them. They’re also looking at the companies which can get them maximum gains. It’s a pure optimisation problem. They will be selective. A few of them will actually go under. The writing is already on the wall for them” Read more.

Banks to be hit too

The exodus of cab drivers from Indian metropolises in the wake of the Covid-19 pandemic will trigger a massive default in vehicle loans.

To prevent this, industry executives who have sought concessions from lenders to stave off large-scale write-offs.

With nearly 60% of drivers engaged by ride-hailing apps being migrants, the segment represents a huge risk for lenders who have provided loans to nearly 80% of the cabbies. 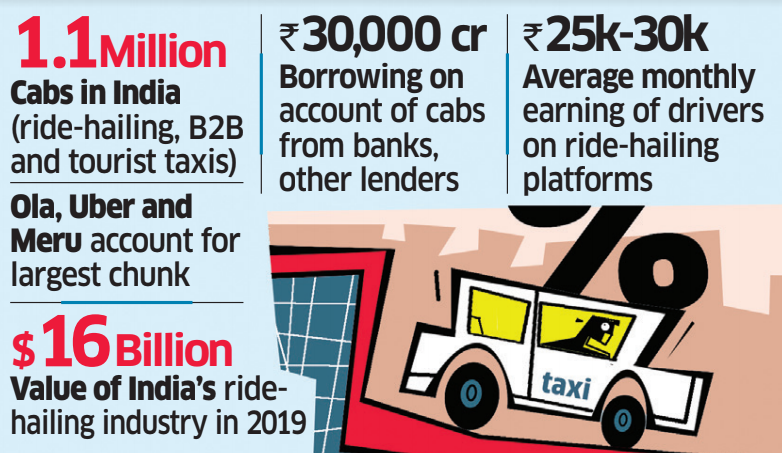 Neeraj Gupta, CEO of ride-sharing company Meru, said, most drivers don’t think it is lucrative enough to come back. “Given the seasonality and the current pandemic, I see at least 30-40% of the drivers not coming back.”

An executive for ride-hailing giant Ola pegged the number of drivers that could default on loans at 30% of the total base. Read more. 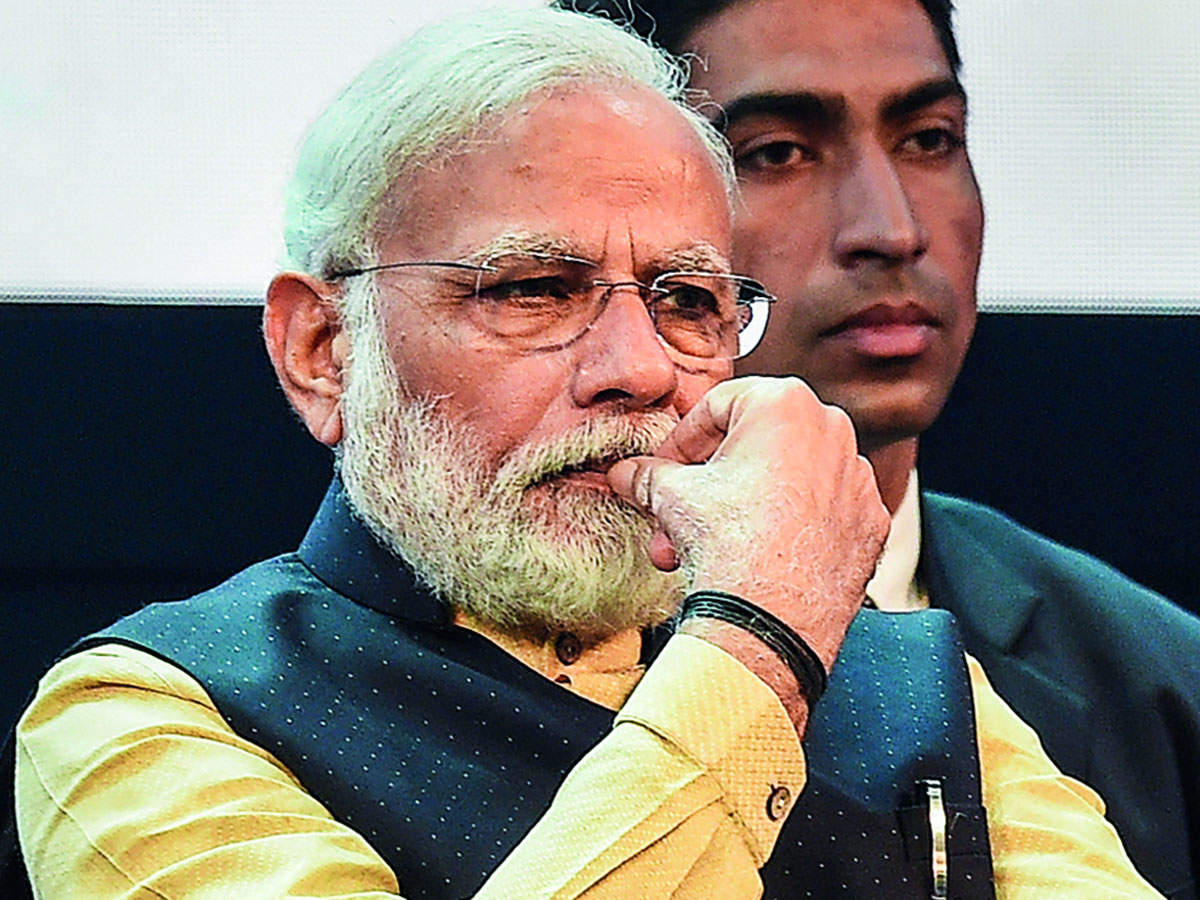 After several states proposed an extension to the ongoing 21-day countrywide lockdown, the union government is mulling to resume manufacturing in industrial townships, allowing construction activity with labourers living on site, and production of medical and healthcare related equipment as test cases before it opens up the economy gradually.

To kickstart the economy, the Department of Promotion of Industry and Internal Trade (DPIIT) has held consultations with industry representatives, and on that basis, a list of sectors that could be opened up is being prepared. This will be subject to approval from the home ministry and the Prime Minister’s Office (PMO). 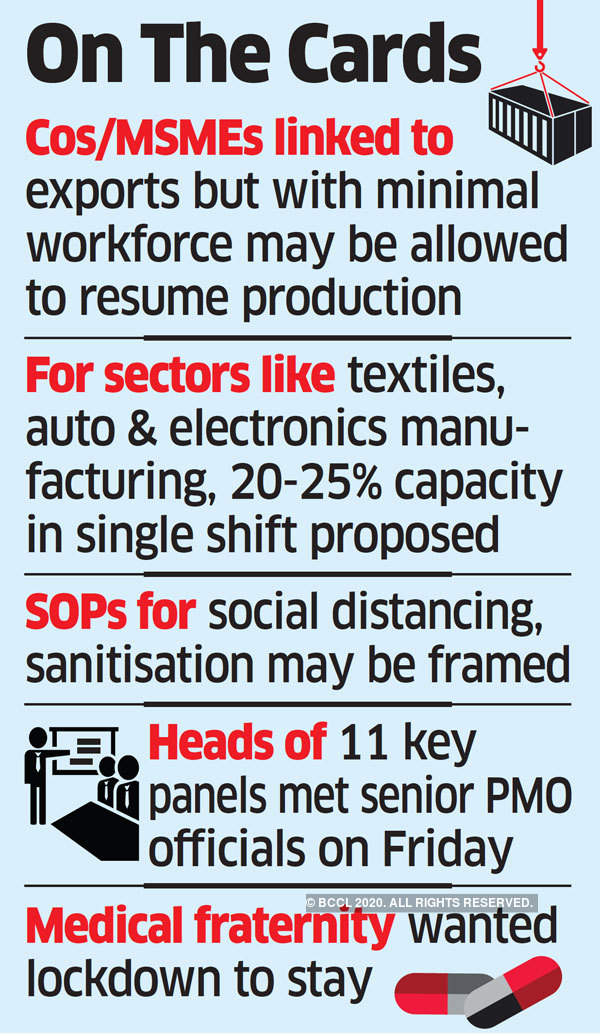 For sectors such as textiles, automobiles and electronic manufacturing, it has been proposed that 20-25% capacity in single shift may be considered, subject to proper sanitation and social distancing norms. Read more. 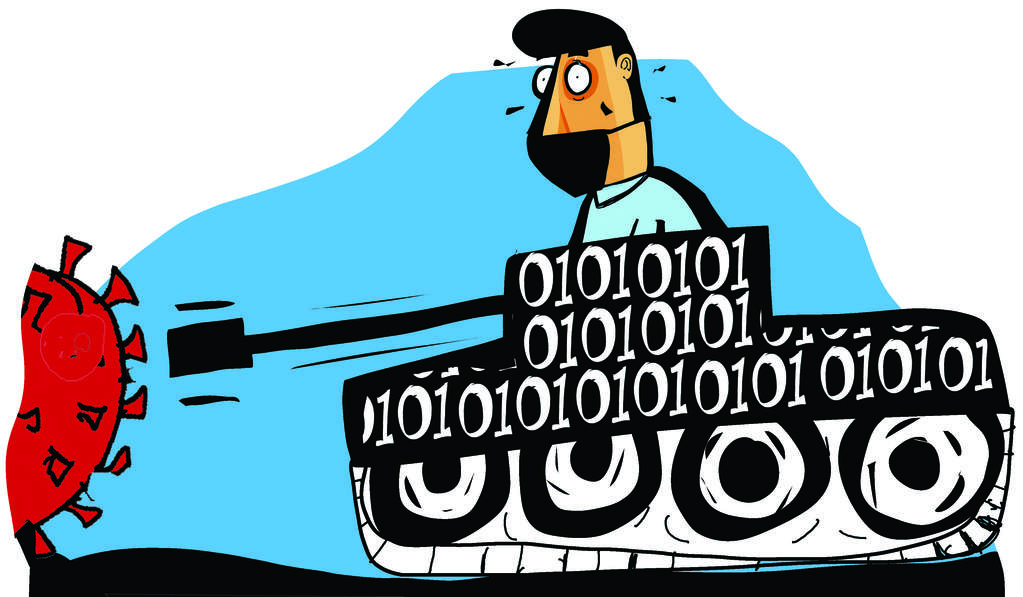 Indian cities are tapping tech firms like to build solutions that could help them tackle the spread of Covid-19.

Pimpri-Chinchwad township near Pune turned to its smart-city partner Tech Mahindra in mid-March after reporting a few initial cases. Within three days, Tech Mahindra added new programmes to the existing smart-city infrastructure and started helping with aspects like contact-tracing and monitoring people under home quarantine. It is now using drones for aerial surveillance and will soon roll out a geo-fencing solution to make sure that patients are restricted to a certain area.

HCL Technologies has set up a control centre for the Gautam Buddh Nagar district administration in Uttar Pradesh to help respond to citizens’ queries about the coronavirus.

The Karnataka government has tapped Infosys BPM to set up a call centre where agents call up people who have come from overseas to ensure that they followed isolation rules. Read more. 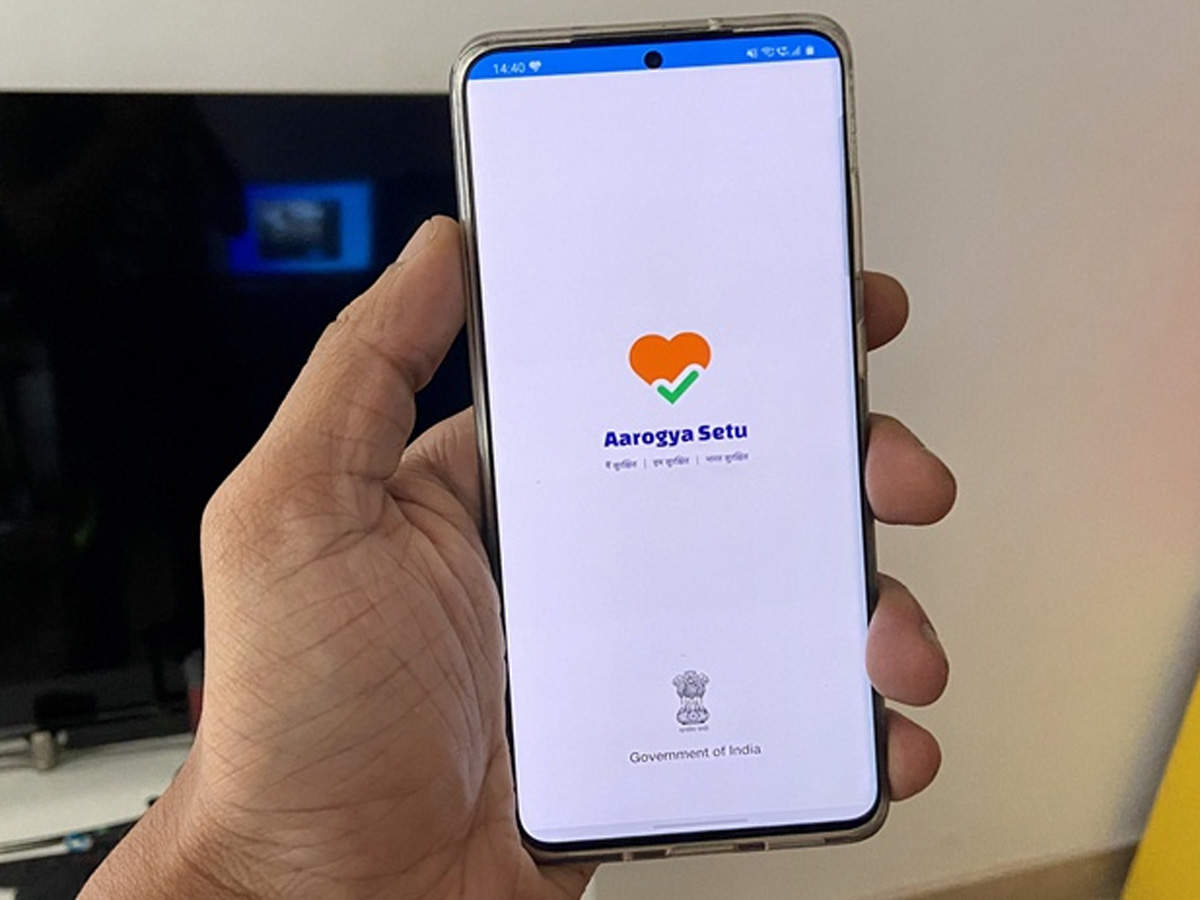 As the government pushes for aggressive adoption of its contact-tracing app, Aarogya Setu, privacy-focused groups such as the Internet Freedom Foundation (IFF) are raising alarm over its compliance with the globally-held privacy standards.

Why it matters: These concerns come amid affirmative claims by certain sections of the government and technology volunteer groups that the app was designed with a “privacy-by-design” approach. The report observed that the app’s privacy policy “does not specify which departments or ministry or officials will be the ones accessing that data”, with “a lack of specificity adding to concerns of overreach”.