A dollar invested in EOS at the start of this year has returned $1.018 as on Wednesday.

The 1.8 percent year-to-date profit is attractive for investors accustomed to organically-pumped traditionally markets. But given the highly risky nature of cryptocurrency investments, the reward offered by the EOS market is very little compared to its top crypto rivals.

The second-largest blockchain asset, Ethereum, for instance, is up circa 63 percent YTD. Tezos, another rival, has returned 107 percent gains in the same period.

Even a very controversial Bitcoin SV is sitting atop 106 percent YTD profits. Other tokens, including the benchmark Bitcoin, as well as Cardano and Bitcoin Cash, have beaten EOS in terms of profitability.

EOS’s poor returns follow a string of disappointing market updates. The cryptocurrency initially fell from $5.53 in February to as low as $1.27 by mid-March in a broader market sell-off – a 77 percent decline. It later recovered by more than 100 percent as a followup to a market-wide rebound. 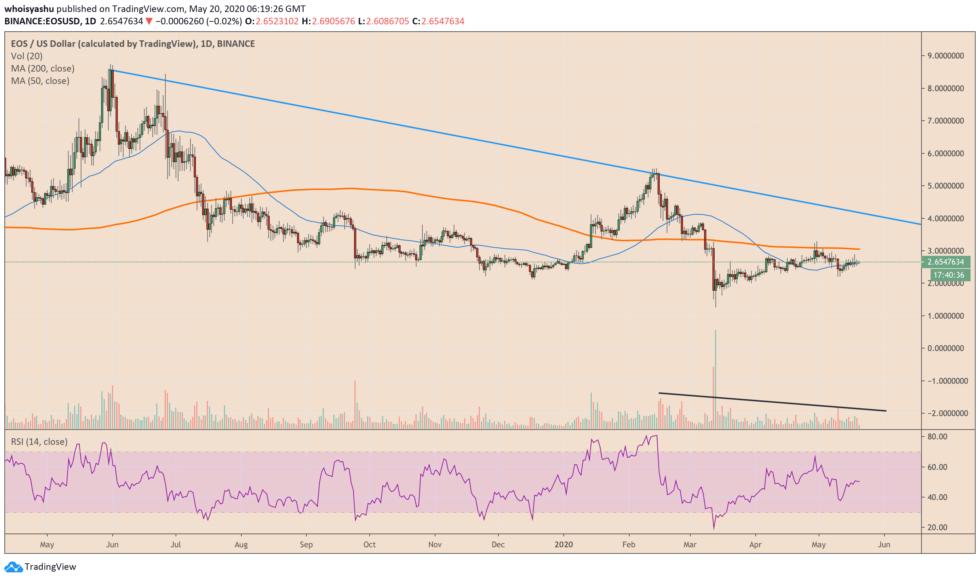 The setbacks led EOS into a further disappointing 2020. Weiss Ratings downgraded its blockchain’s rating to C-, criticizing the project for its growing centralization. Meanwhile, Block.one’s decision to not launch its much-publicized social media platform, Voice, atop EOS blockchain further shed doubts over the project’s long-term viability.

In May 2020, researchers at Cornell University found that people didn’t use EOS for value-transfer purposes but for placing small bets on its on-chain gambling apps. The chain’s zero-fee model – allegedly – allowed wash trading on decentralized exchanges (DEX),  making EOS transactions resemble the features of “DDoS attacks.”

The issue was full-on display when the EOS hosted the EIDOS token launch on its blockchain in early November. The “valueless” crypto ended up covering 95 percent of the network activity until the end of 2019.

The bullish prospect for the EOS market has gone further down as Block.one lands itself amid a class-action lawsuit. 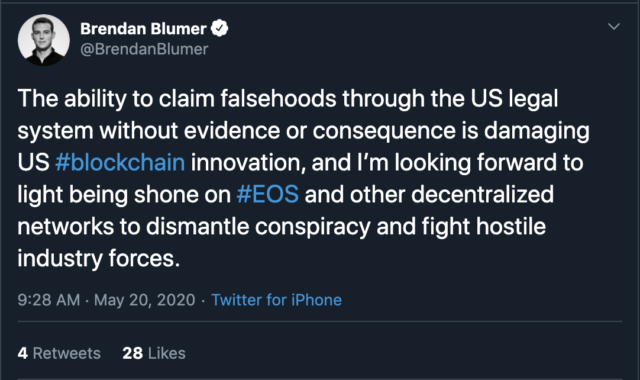